The Best Seagull Deterrent on the Market

Gulls are protected birds and as such cannot be repelled using sticky repellents or any product that causes harm or injury. Yet their presence on commercial buildings, resorts, outdoor restaurants and other facilities where there are available food sources results in a severe accumulation of fecal matter and feathers. Nesting gulls become extremely aggressive and their "calls to comrades" when a potential threat appears results in flocks of gulls that will attack intruders both human and animal.

To make matters worse, the term "seagull" is now almost a farce as these birds now travel miles inland in their hunt for an easy source of a meal. Once located, they develop habitual behavior visiting every single day to satisfy their appetite. Areas like landfills, recycling plants, fast food vendors even big box retailers with large flat roofs are ideal roosts and nesting areas for these birds once regarded as sea birds. The following photo was taken at a big box store in Ohio and illustrates just how many gulls can infect an area where food and nesting opportunities are plentiful.

Just ask any resort owner who has a pool area where food is served and they will quickly describe how persistent and aggressive these gulls behave. They stand on roofs, umbrellas, in fact any high area that gives them a vantage point to stand safely while they await the opportunity to swoop down and take food. Many instances have been seen and recorded of waiters carrying trays of food to and from tables only to be attacked by gulls that can easily take that food without even landing.

Solutions are many and varied however so are results along with cost. Grids of wire strung across roofs are effective but highly expensive and need ongoing maintenance. Some people resort to "whirlybird" rotating arms but in low winds they barely move and in high winds they are damaged. Thin "spider legs" have been tried but gulls are too large to be intimidated by these and have no problem pushing them aside and laying eggs right underneath them. And none of these products have any application for resorts where such large open areas need to be protected.

However today there is a tried and proven solution as a seagull scarer and that is to make use of one of the worlds greatest predators, The Peregrine Falcon.

Proven Solution for a Seagull Scarer: The Peregrine Falcon

Peregrines are bird predators, feeding almost exclusively on other birds. Most of their prey is caught in the air as the falcon locates its prey and then dives at speeds that exceed 200MPH. They are the fastest animal on earth and grow to about the size of a crow. Couple this airborne agility with the fact that they are the most widely distributed bird of prey in the world and you have an animal that is recognized and feared by virtually every bird species on the planet

Hardly surprising then that birds such as gulls recognize an airborne falcon from a long way off and give it a very wide berth. This is the strategy that went behind the design and manufacture of a "Peregrine Look Alike" frightkite.

Made from highly UV resistant materials the lightweight frightkite will start to fly in as little a wind as 2MPH. Colors replicate the real Falcon even more and with the variability of the wind so too is the variability of the flight pattern of the frightkite. Attaching to an extending pole, the frightkite can be launched automatically when the wind blows and can reach a height of over 65ft, clearly visible to gulls from a long way off.

Lightweight carbon fiber spars form the shape of the product which ducks and dives and replicates almost perfectly a real falcon in hunting mode. Does it work; well just ask some of our hundreds of users across several continents who now employ the falcon to protect their properties.

From resorts to stadiums, recycling plants, aircraft hangars and so on, Falcon Frightkites are doing a better job than as a seagull scaring device while costing a mere fraction of the cost. No damage to the gulls, silent in operation but highly effective, these frightkites are now dominating the skyline where gulls were once a major problem.

If you’re looking for a proven seagull deterrent that is still bird-friendly, then please don’t hesitate to get in touch or browse our shop.

We welcome any inquiries you may have about the Falcon FrightKite by Falcon Crop Protection. Please fill out the form or call us directly

How to Select the Correct Pole Height

Pole height is crucial to ensure your Falcon FrightKite by Falcon Crop Protection works effectively against pest birds. But taller doesn’t necessarily mean better. Here’s how to select the correct pole height for your property.

It’s helpful to understand how and why the Falcon FrightKite works. Small birds are always on the lookout for predators. They’ll steer clear of anything that makes them nervous. They see Falcon FrightKite as a potential threat – even if they’re unsure, they’re not going to take their chances by flying closer to investigate!

Of course, the key then is to make sure pest birds see your Falcon FrightKite before they arrive at your property.

Remember, the flight line will add height too – the kite in the image below is flying at 60 feet above the ground using the F42AK. Just make sure that incoming birds have a clear view of your Falcon Frightkite, and they’ll never get close! 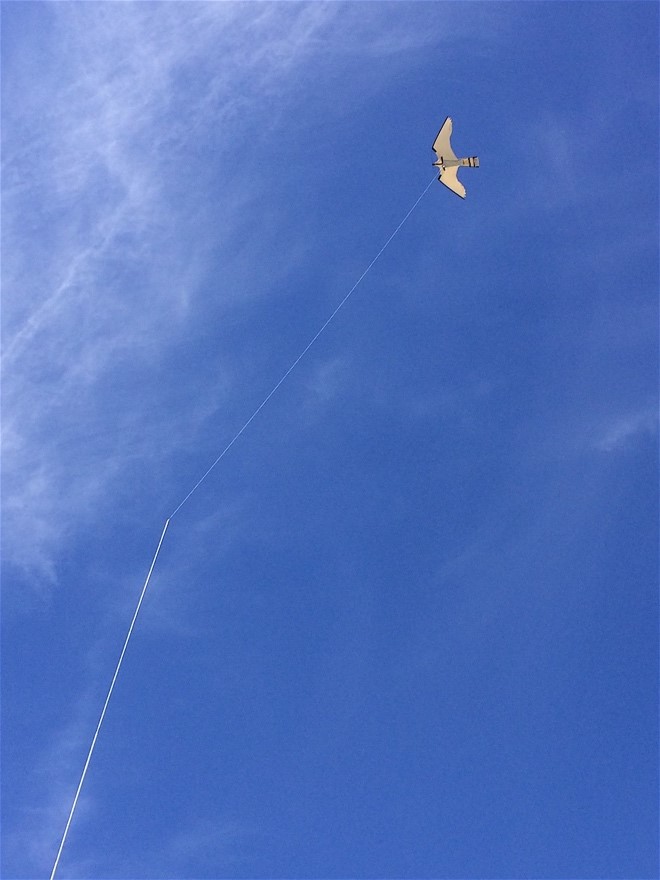